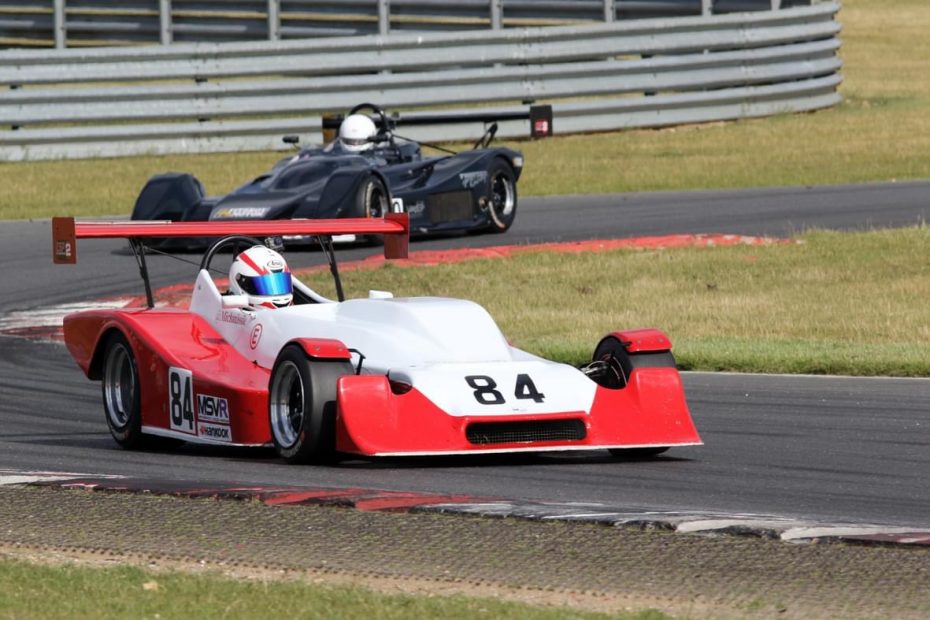 Double win and a new lap record for Michelle Hayward at Snetterton in the Clubmans Sports Prototype Championship.

Michelle was absolutely flying at Snetterton putting her no.84 Mallock Mk23 on the class pole by nearly a second. Boxed in on the defensive line behind the CSP1’s at the hairpin after making a good start she soon lost the lead to Mathieu Gauthier-Thornton who had seized an opportunity to make a move around the outside.

“I had to defend my position for the majority of the race from Tom Bellamy whilst trying to launch an attack on Mat for the lead. It was a great race. I thought I had it done going under the bridge into the Brundle-Nelson chicane, turned in, only to feel Mat’s car coming at the side of me. We were very lucky to not make contact. I had to settle for 2nd, but I knew there was a lot more pace in me and the car.”

On the Sunday, Michelle made great starts in both races. Track conditions in Race 2 were perfect, and she broke the lap record for the class, with a 1:59.9.

Race 3 was crazy, as Alex Champkin jumped the start lights causing a yellow flag and lots of confusion, many of the front running CSP1 cars missed the lights.

“I saw Alex move too early after the 5 second light board went out and the yellow flag waving, but kept my eye on the gantry for instruction, and was ready. The red lights were only on for a few seconds, and I just got the most amazing start, driving up the middle of the pack and was 3rd overall by turn 1. Mat also got a good start, but I managed to keep ahead of him, and led the race, keeping a comfortable gap while the more powerful CSP1 cars gradually picked us off lap by lap. It was a mad race, but I am very pleased with 2 wins and a second this weekend.”

View PDF Results of the weekend, and watch all the race videos online here.